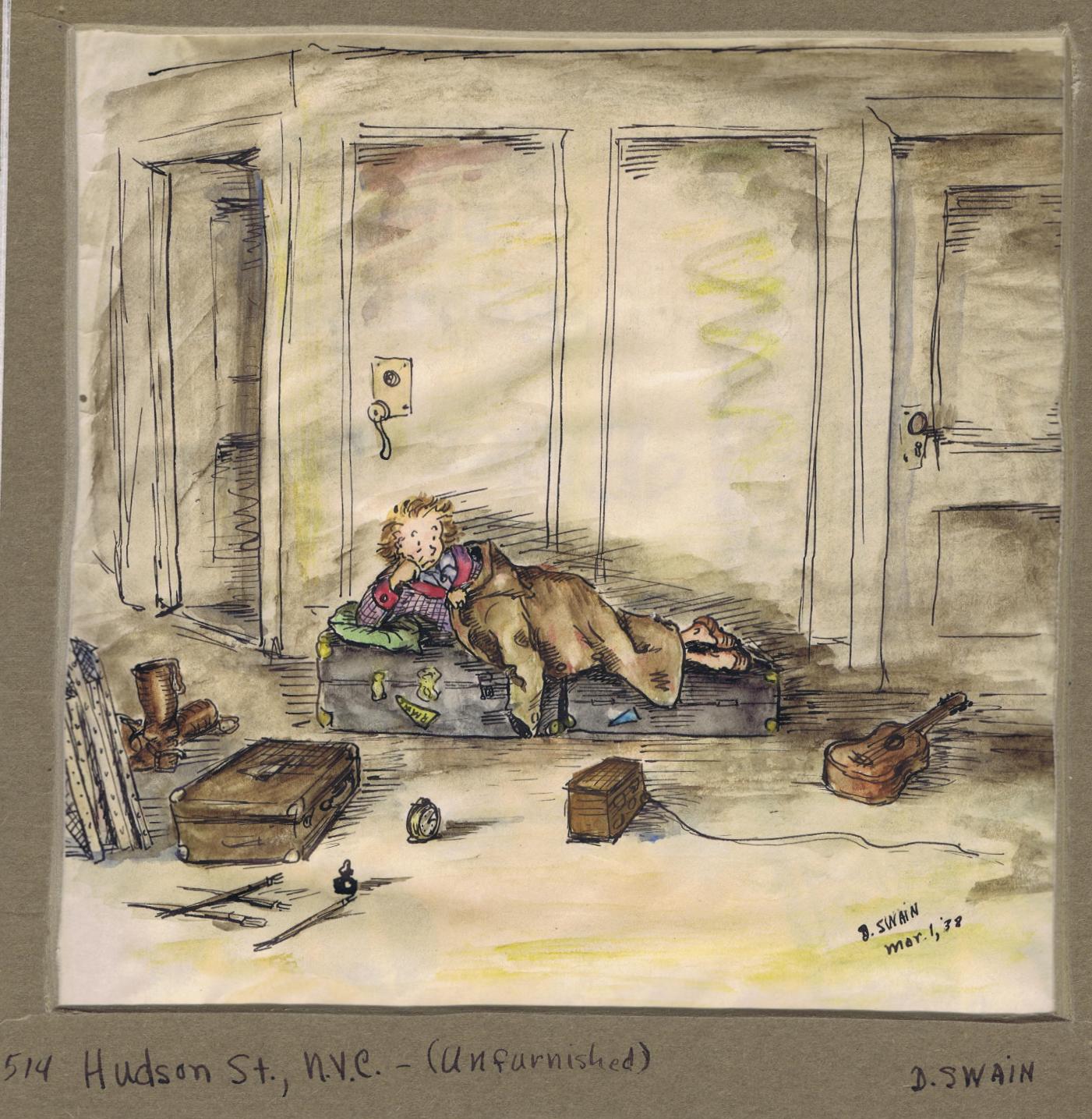 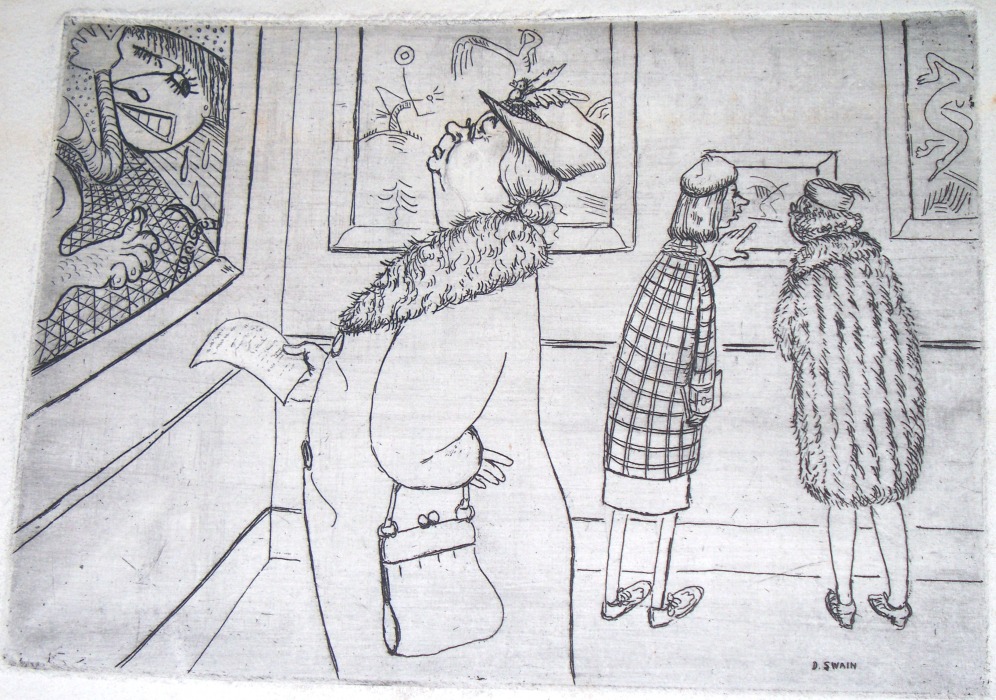 Dot studied at the New York Art Students League back in the 1938, 1939, and 1941, working with Harry Sternberg, learning printmaking, doing various series of etchings, observing the streetlife of New York City in the Village . . . . 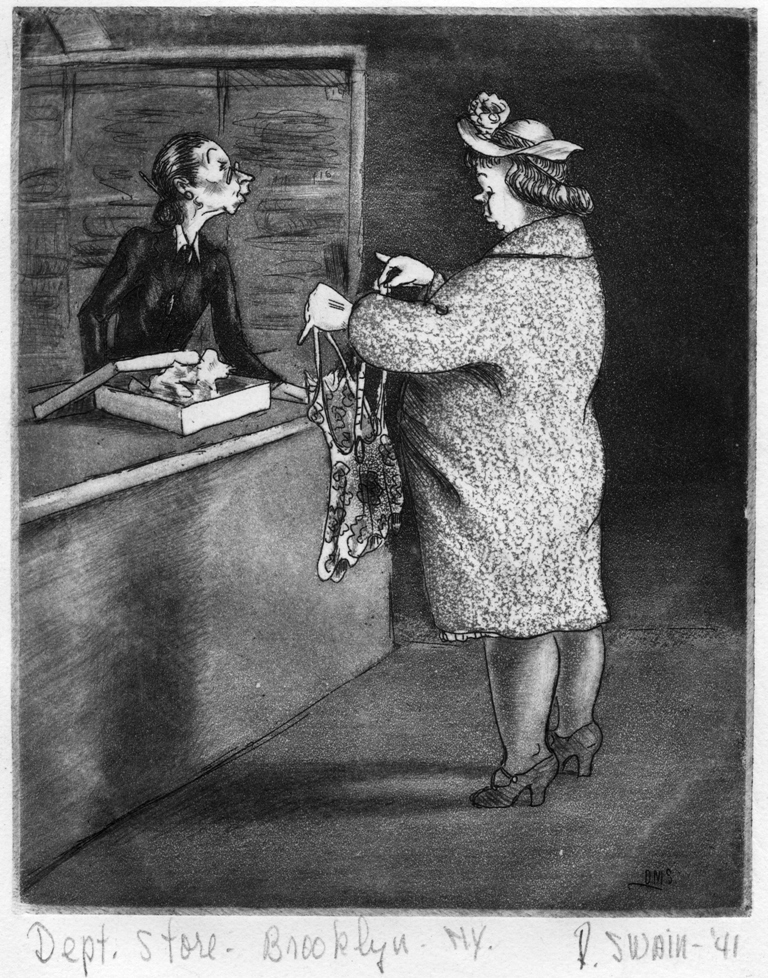 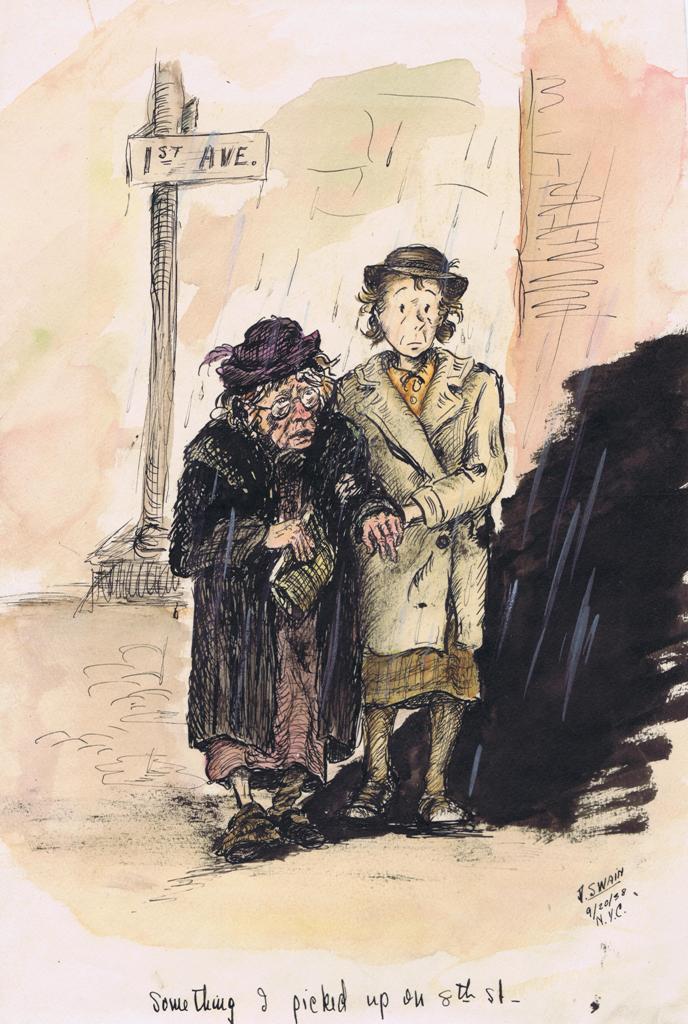 She literally picked up Ms. McGillicutty from where she had fallen into a gutter, and took her back to the communal house where she was living. Dot was amazed that people were just walking by her, as she lay in the rain. Dot helped her up, out of the gutter, and guided her along the street. On the way back, she introduced herself and told Dot that she ". . . really was a good woman, all but 14 years . . ." of her life. They climbed up stairs to where someone was cooking who knows what in a big ol' pot. And so the young girl from the South started making friends in the Big Apple.

She returned years later, after the war, with her husband and newborn child for a brief time before heading West . . . .