Dot studied sculpture at ISOMATA and began casting in mid-career, producing a small statue of "the WASP Trainee" in order to raise money for the WASP and the efforts to obtain recognition of their WWII contributions.

This small statue became so popular that many WASP purchased them, and after a series of fund-raising efforts, plans were made to build a full-size bronze for placement in Sweetwater. This was done, placed at the Wishing Well memorial site (Texas State Technical College) on Avenger Field, unveiled by then Governor Ann Richards with the help of Attorney General Janet Reno, and Dot was commissioned for several others, one of which was placed in 1997 on the US Air Force Academy Honor Court, where the only other human sculpture is the famous statue of the Tuskeegee Airman by Shrivers. Again, Janet Reno participated in the dedication ceremony. Ultimately three more bronzes of the WASP Trainee from the AirForce Academy mold (slightly smaller than the original fullsize at the Wishing Well) were produced . . the others at 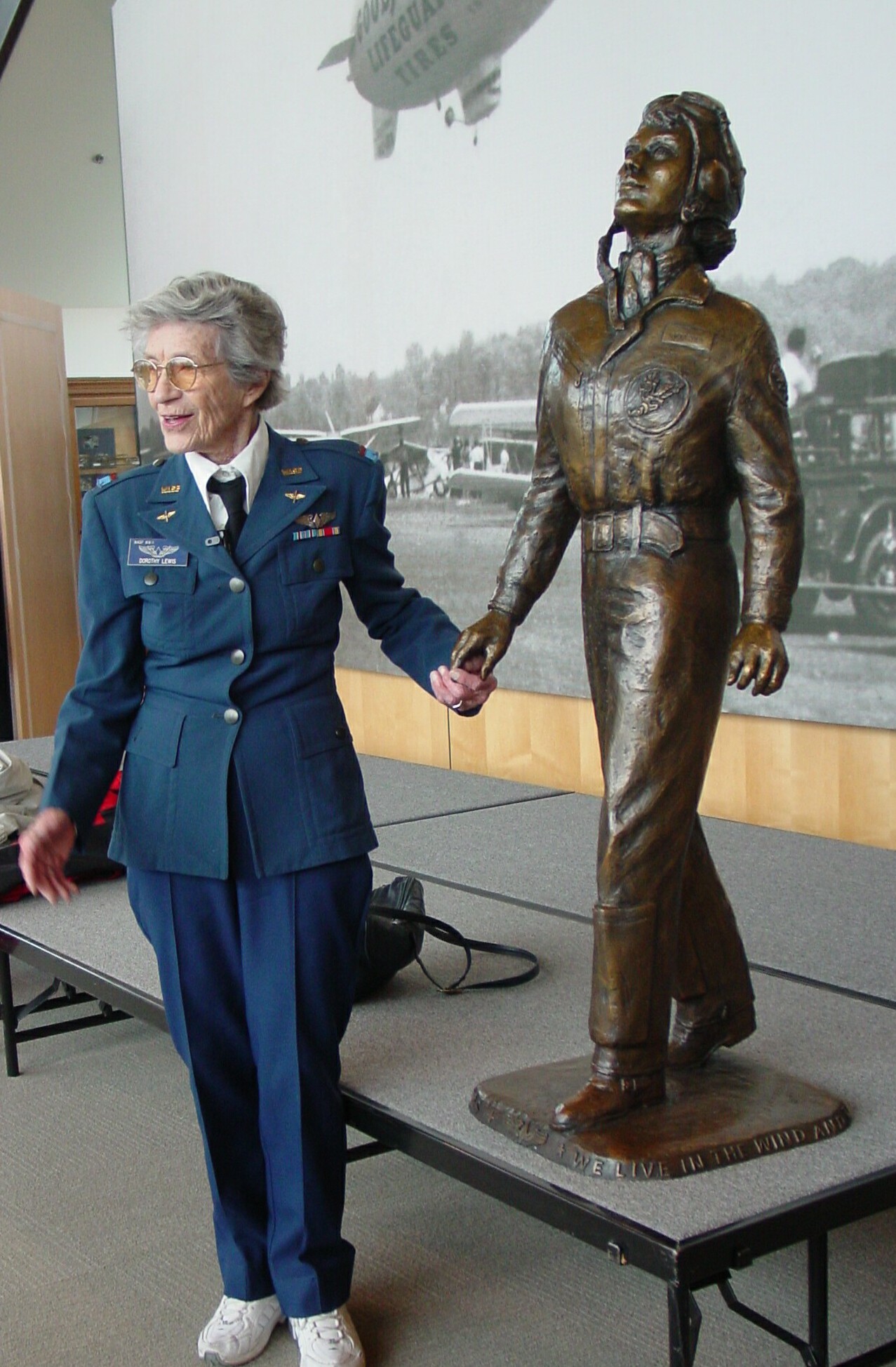 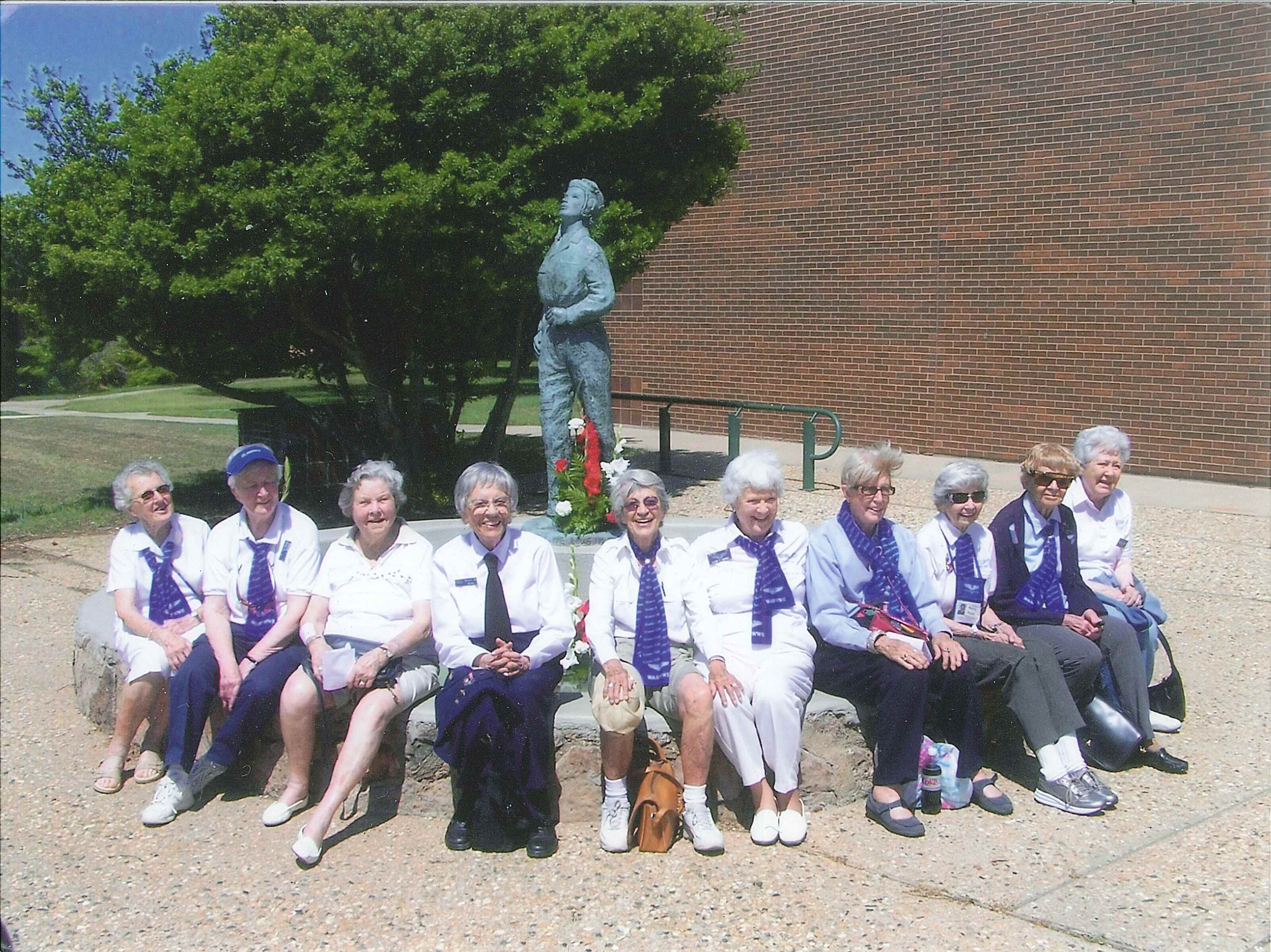 The WASP have gathered every year for reunions at various parts of the country . . . one of the favorite being Homecoming hosted by the National WASP Museum and the town of Sweetwater Texas where they trained during the war. This is the "Wishing Well" at Avenger Field where the first full-size Trainee statue was dedicated many years ago by then Governor Richardson. The patina on this statue is somewhat different with a greenish tinge, and is unique in design, the later Trainee statues cast from a different mold with a few changes in the design. 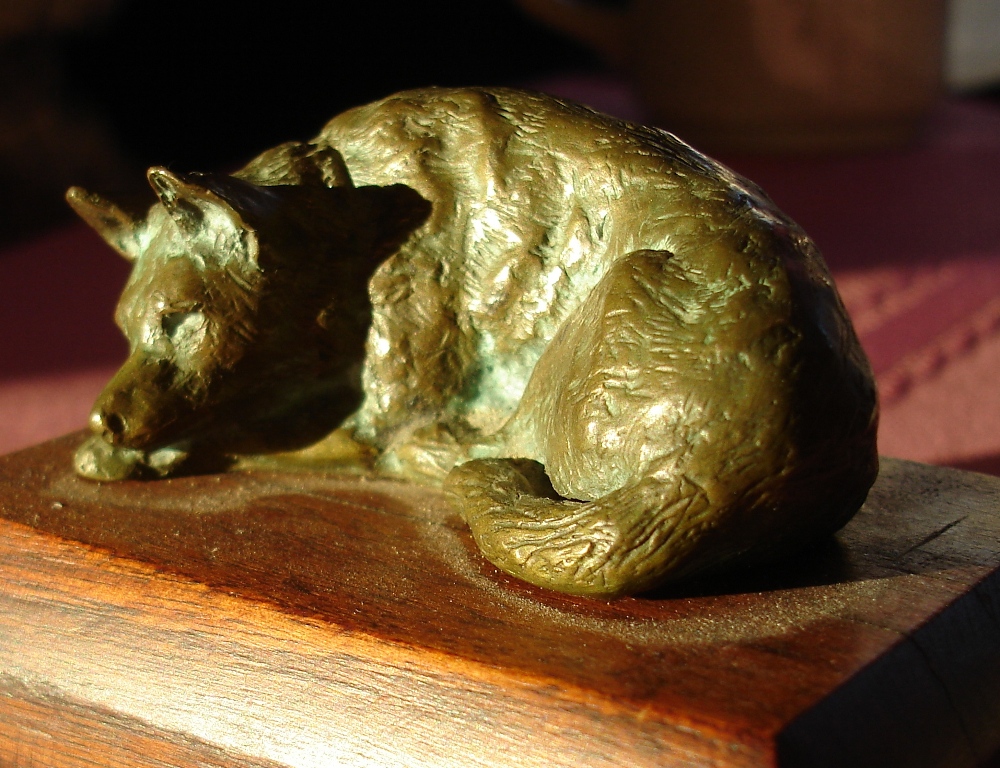 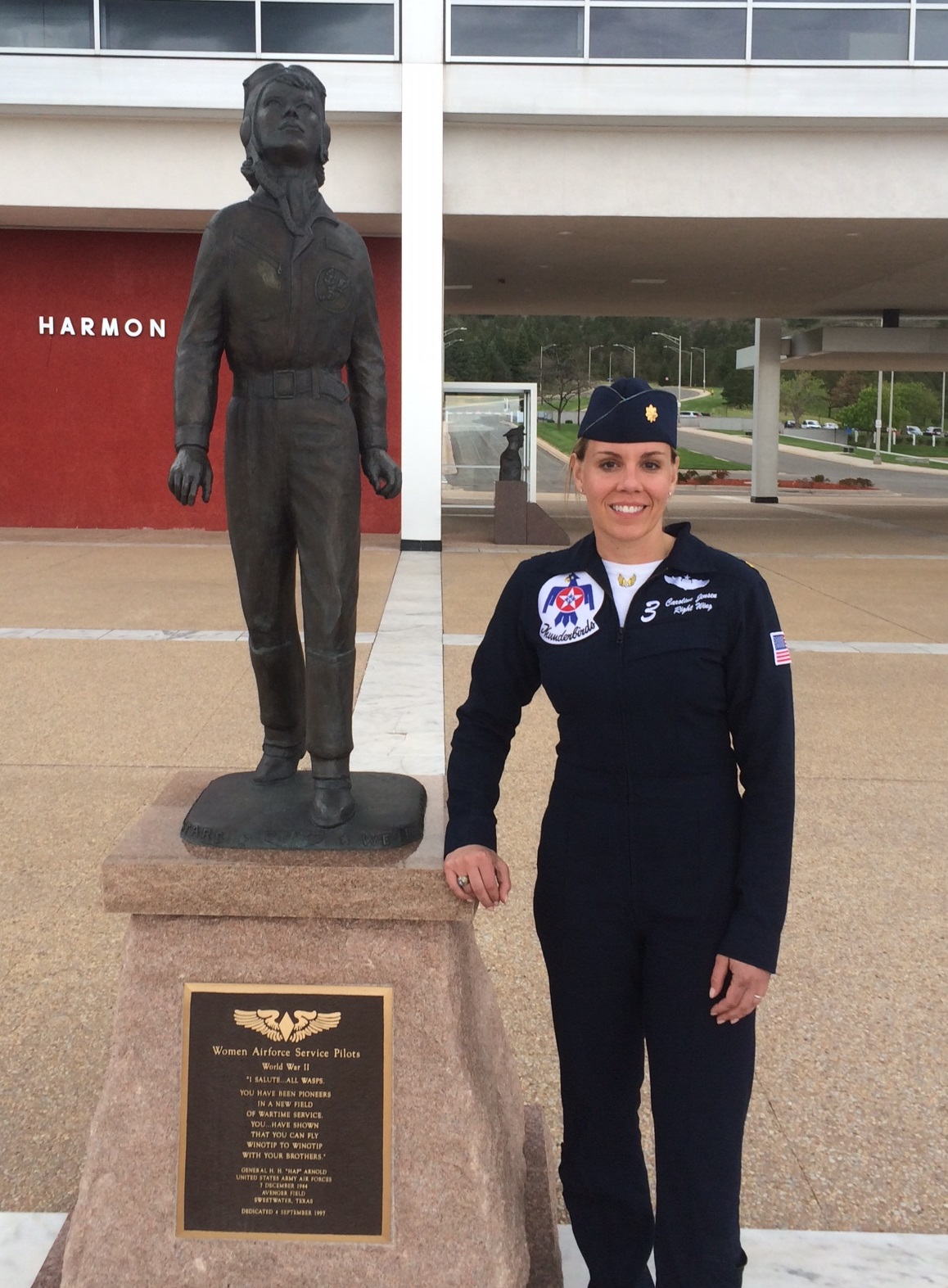 Major Caroline "Blaze" Jensen, USAF, (2013 No 3 Thunderbird pilot) posed next to the Honor Court placement of the WASP Trainee Statue at the US Air Force Academy in Colorado Springs, Colorado. 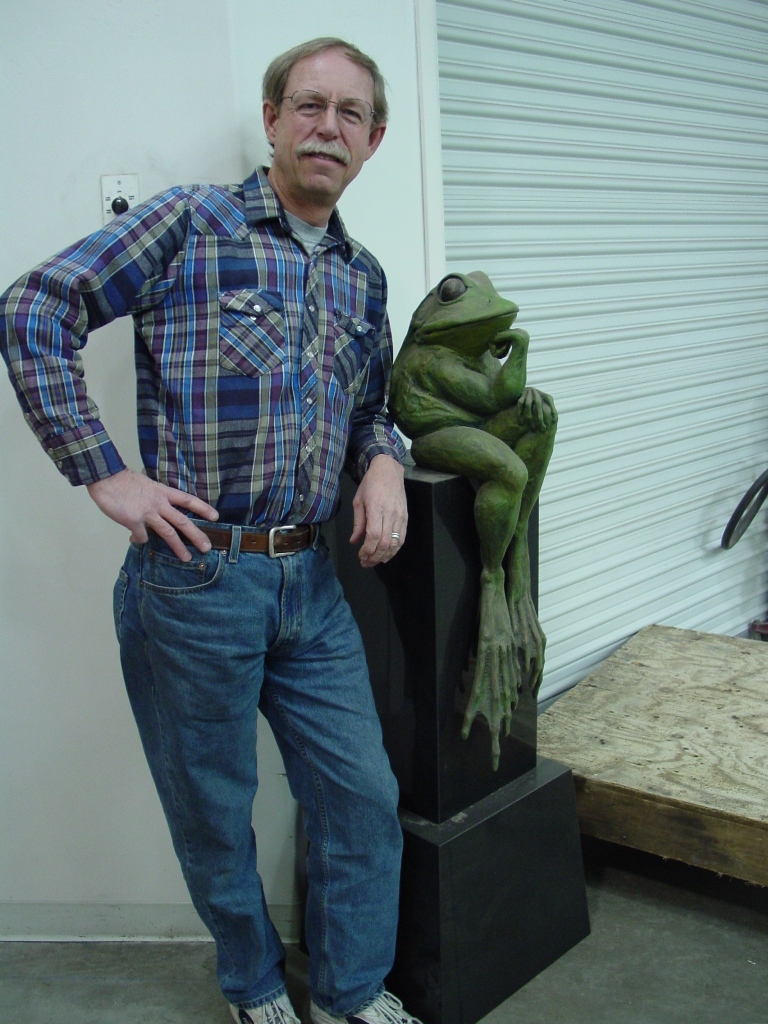 John Skurja's foundry has been the producer of all of Dot's most recent castings, large and small bronze figures, shown here with one of his own signature frog sculptures. Located in Prescott Arizona, he has now retired from casting, but his art, as Dot's, lives on . . . Click here! . 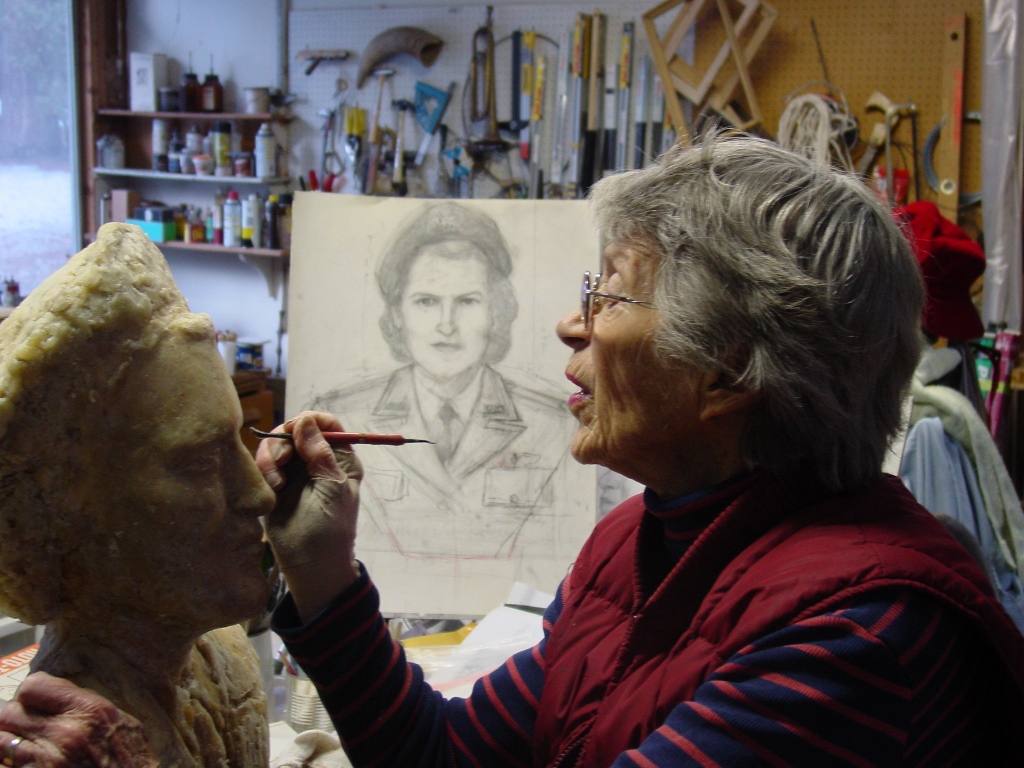 The last of her bronze cast statues was a bust of Jacqueline Cochran, installed at the 2004 dedication of the Jacqueline Cochran Regional Airport in Thermal, California, near Jackie's long-time home and ranch. 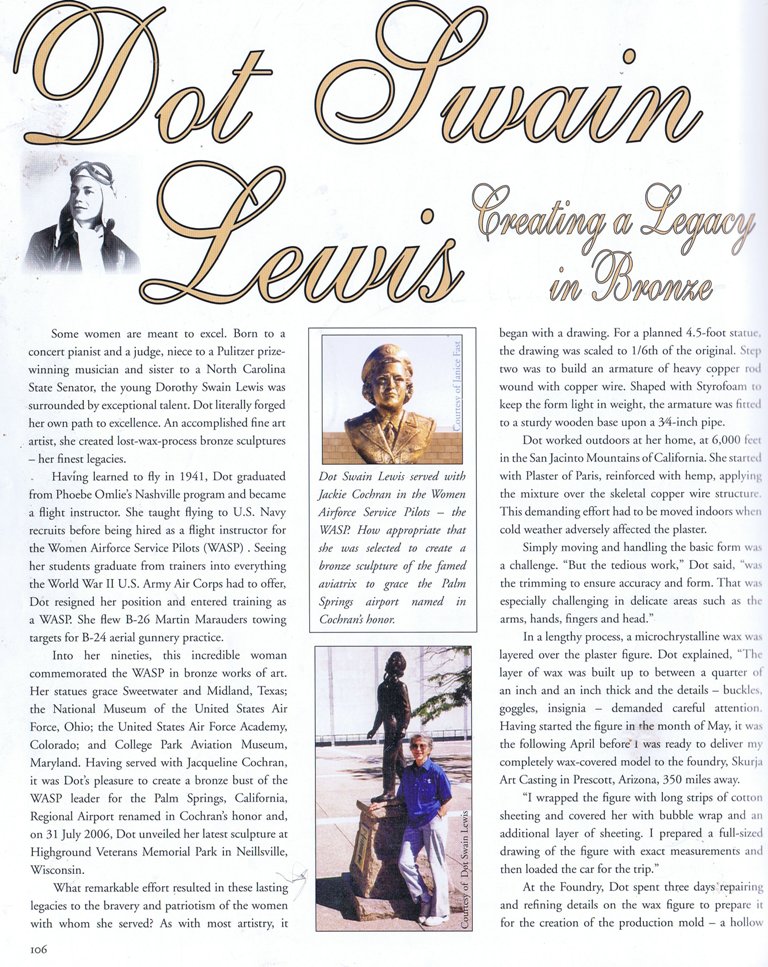 This article discusses the placement of the Trainee Statue on the Honor Court at the US Air Force Academy and HighGround, as well as Dot's bronze bust of Jacqueline Cochran at the Thermal airport. (click Here or on the image for the full view)